5 Most Waterfall Unique In The World

According to wikipedia, the waterfall is a geological formation of the flow of water flowing through a rock formation with erosion and fell down from a height . Artificial waterfall can be used in the garden . Some waterfalls form in mountain environments where erosion often occur .

There may be many waterfalls are unique in this world , but I would give it 5 most unique waterfalls in my opinion 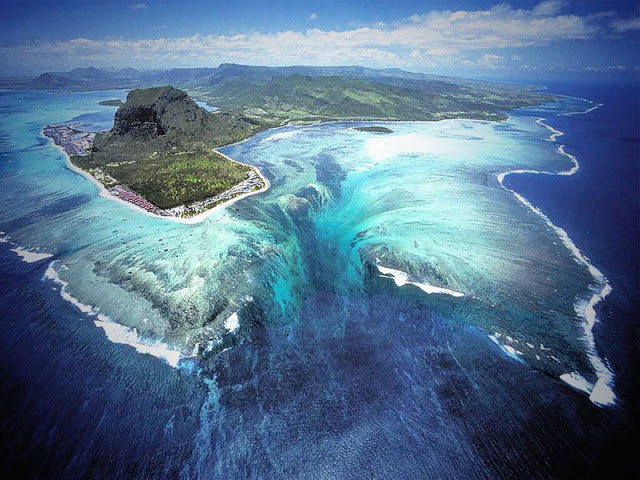 The sea around Mauritius is home to "waterfall" spectacular underwater . But this is not really a waterfall, but it is an optical illusion . sand and silt runoff falls into a deep coastal shoals to create the illusion that impressive . 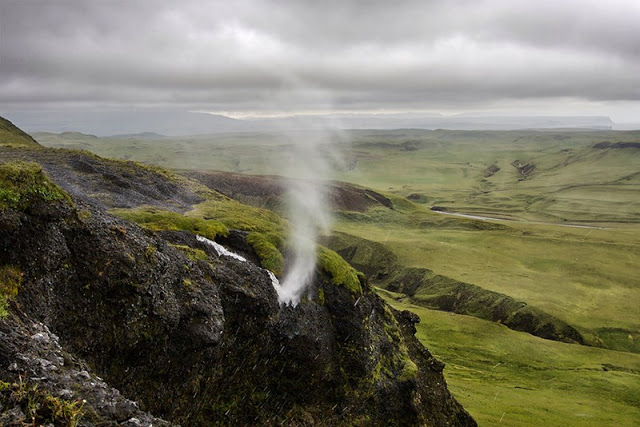 Seems to defy the laws of gravity, upside down waterfall does not flow in the direction you would expect. It is actually a natural phenomenon caused by high winds pushing water upwards. This waterfall in Iceland, but this phenomenon is also common in places such as Hawaii, Ireland and the UK. 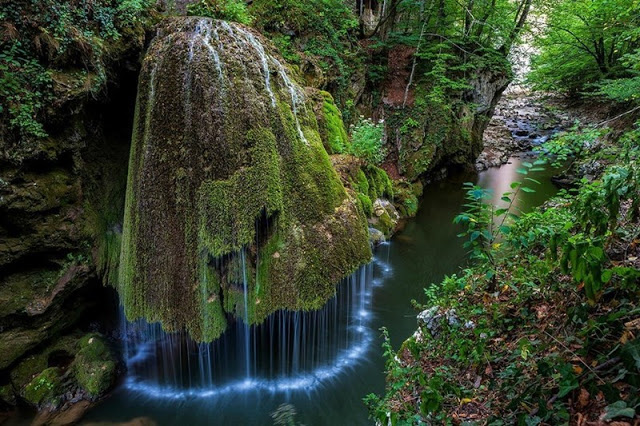 The unique shape and a blanket of green moss Waterfall Bigar in Romania this makes it look like a big mushroom. The way in which water spreads in the rock before falling further enhance its unique appearance. 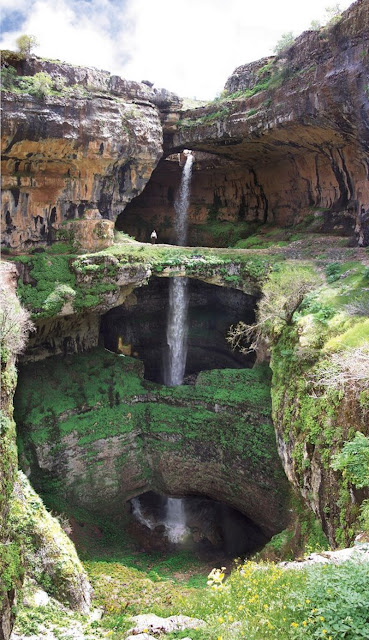 Waterfall through three natural rock bridge formation , Baatara Gorge waterfall like something made for setting a fantasy film . The stunning scenery will only be visible during March and April each year and is caused by melting snow . 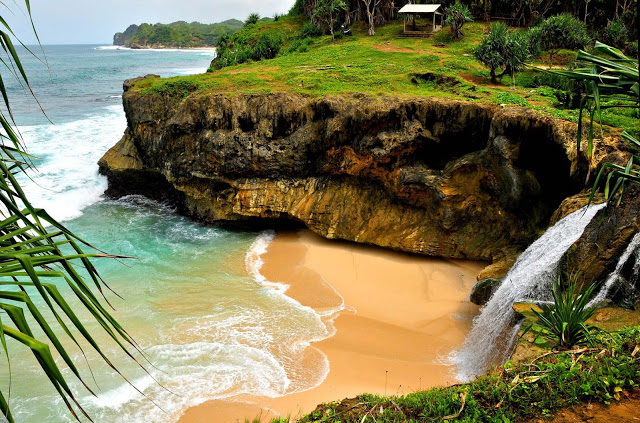 Well, this beach waterfall in Indonesia. in rural districts Widoro Donorojo Pacitan with name waterfall Banyu Tibo, Waterfall Banyu Tibo be special and unique because of the fact that water falls directly onto the beach , and if the tide , the water flows falls into the ocean . This waterfall comes from a small river that is crystal clear and never dry even in the dry season . The water flow is what ends with waterfalls and merges with the southern ocean waves disebuah small bay that is surrounded rocks.

I hope you can come here ☺