Android-Based Application Architecture | Google Likens the Android as a software stacks. Each layer of the stack to collect some of the programs that support specific functions of the operating system. 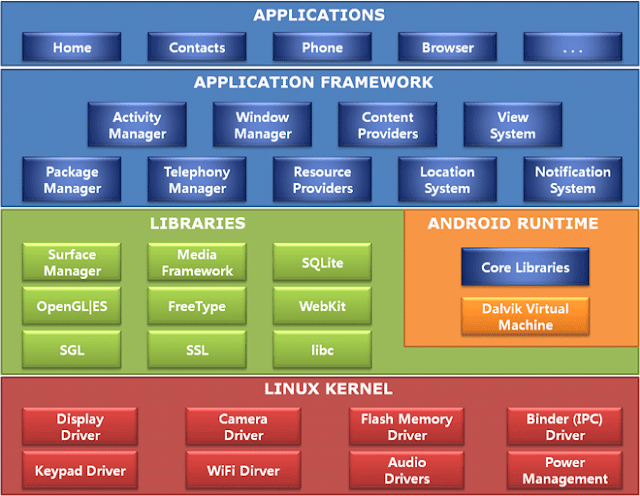 The following are the layers in question;