How to Play Pokemon Go for Beginners

How to Play Pokemon Go for Beginners | It's common knowledge that Pokemon Go make a lot of smartphone users in the world avid location-based games. Games that ask you to roam around the neighborhood to hunt and catch Pokemon has even surpassed the popularity of applications Tinder. Unfortunately, Pokemon Go is still not available globally. Therefore, some games developers "rogue" also exploit it for profit.

but we will not discuss the misbehavior some developers, we will discuss how to play this game, Not to worry! Compiled from various sources, Alltutorials present the articles on how to play Pokemon Go for beginners.
After reading this article, we assure you, you can catch a lot of Pokemon Go! But, there are a prerequisite, this article how to play Pokemon Go you should read them carefully. Without further ado, welcome to listen to this article!
1. How to Play Pokemon Go for Beginners: Basic
How to play the Pokemon Go for beginners who first choose the gender and appearance mengostumisasi and trainer in this gym. Afterwards, you will be asked to choose one of three Pokemon companion (starter) that Bulbasaur, Charmander, or Squirtle.Then, after selecting and capturing first Pokemon, the real adventure begins. Armed with a map (Google Maps-based) and GPS on a smartphone, you'll find some of the landmarks that represent PokeStops and Gyms. 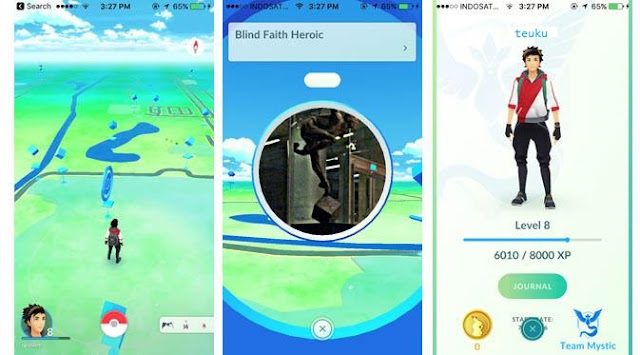 So where can you find a Pokemon? If you pay attention to the map closely, you'll see the grass or bushes move. As you move toward the bush, a Pokemon will appear to be arrested.

If you look at the bottom right of the screen smartphone, you'll find features that provide information Nearby any Pokemon that are near you.

If you notice, every Pokemon will provide much information they are located close to the number of footprints under the Pokemon. If there is no trace, they were close, while the three footprints means that they are far enough apart.
2. How to Play Pokemon Go for Beginners: Capturing Pokemon
In Pokemon Go, you do not need the help of Pokemon do you have to undercut the wild Pokemon you find. To make it more challenging, the percentage of success of Pokemon are you going to catch determined by several factors. 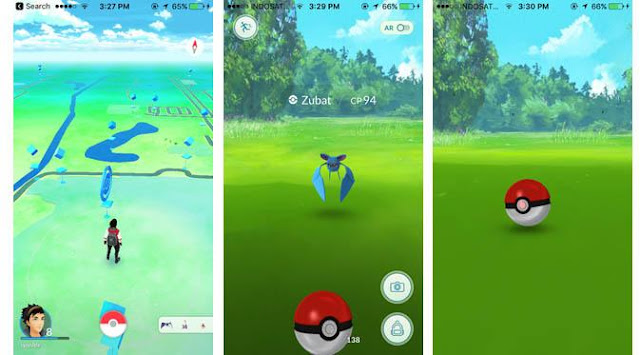 One such factor is the level of CP (combat points) Pokemon who want to be caught, Poke Ball type is used, and how to throw a Poke Ball.

The best way to catch Pokemon Pokemon is always positioned in the middle of the screen smartphone. You should also notice the circle that appears in the body of Pokemon. When the ring is smaller than the other ring, it is a good time for you to throw a Poke Ball.

The location will be the deciding factor type Pokemon will you find and catch. For example, the water type Pokémon will more likely you find near the beach, time, or lake.
3. How to Play Pokemon Go for Beginners: Elements of Pokemon
After catching Pokemon, you can see the details of what they can do. CP will determine how good or strong they are during the fight. The higher the CP owned, the better they were during the fight. 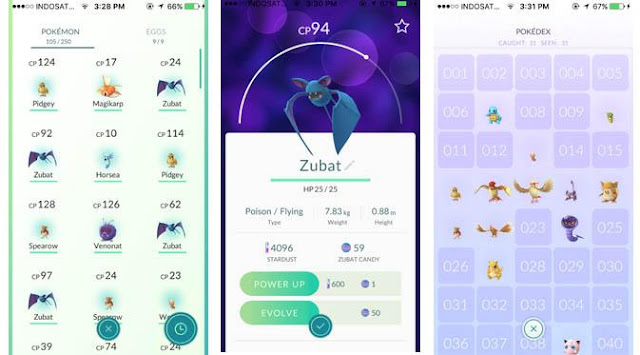 Proportional to the level of your trainer the higher, the higher the CP Pokemon that appear on the map.
4. How to Play Pokemon Go for Beginners: Raise Level and Evolution
Just like in previous Pokemon games, you can increase the level of your Pokemon. To do this, you should use a Pokemon Stardust and Candy were obtained when capturing Pokemon. 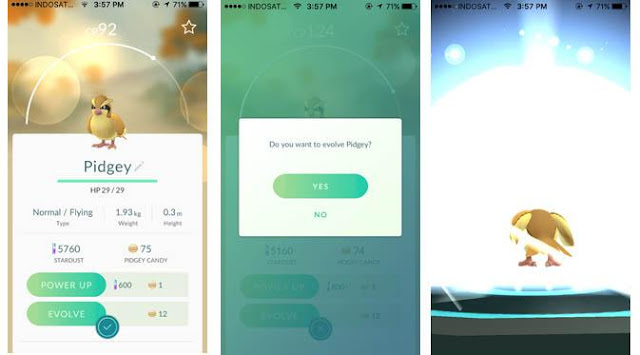 Evolution system in Pokemon Go you can access via the Pokedex. Not as easy as it increases the level of Pokemon, Pokemon will dievolusi go through several stages and time.
5. How to Play Pokemon Go for Beginners: PokeStop and Gym
PokeStop is a place where you can get a variety of items ranging from Poke Ball, eggs, potions, to revive the stone (which can be used to generate Pokemon who were killed during the fight). As the name suggests, Gym can only be accessed when you arrive at level 5 and after you choose to join in a team of Red, Blue, or Yellow. 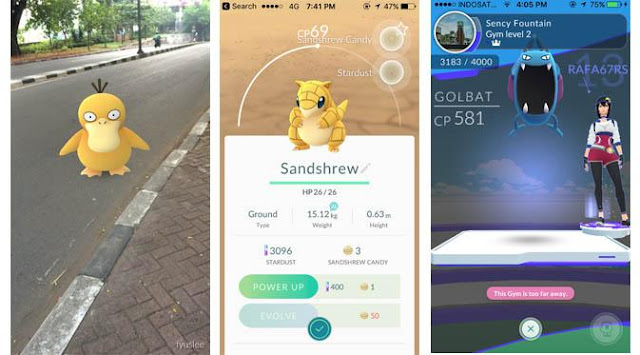 If the gym is empty, you can choose a Pokemon that exist to keep the Gym or save the Pokemon that you have to Gym members of your team. As PokeStops, Gym can be found in various locations of the world.
6. How to Play Pokemon Go for Beginners: Eggs
Aside from getting a Poke Ball, potions and rock revive, you will also get an egg when visited PokeStop. Just like in the real world, you can obtain the eggs hatching the use of items such as an incubator. 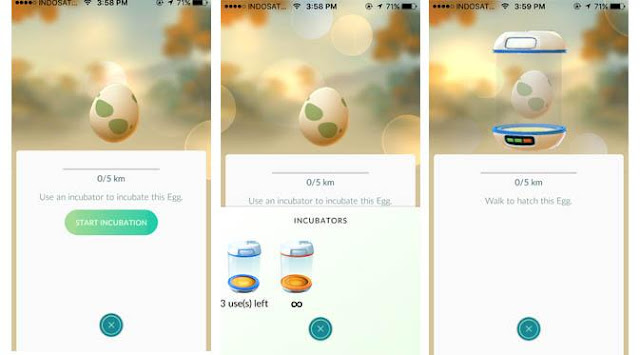 7. How to Play Pokemon Go for Beginners: Item
As with other mobile games, Pokemon Go also feature displays microtransaction to buy Poke Dollars. Poke Dollars can then be used to purchase a variety of items that can allow you to play Pokemon Go. 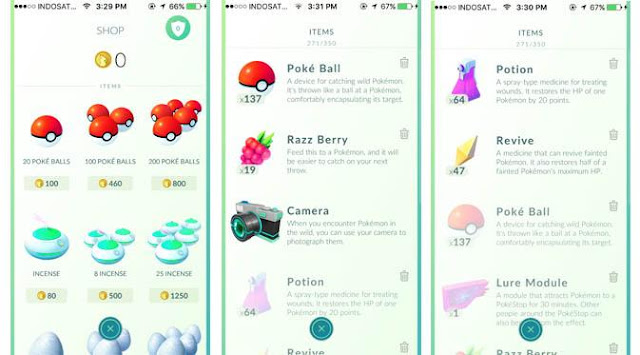 Here are 7 ways to play Pokemon Go for the starters that must be known before you play Pokemon Go. Are there any things that are not included in the list which we summarize?