Mayor of Banda Aceh Illiza Sa'aduddin Djamal at the night of the National Halal Tourism Competition 2016 in the Hall Susilo Soedarman, Sapta Pesona Building, Ministry of Tourism, Friday (10/07/2016), said she highly appreciated the award and this becomes a trigger for continue to develop tourism, particularly halal tourism in Aceh. 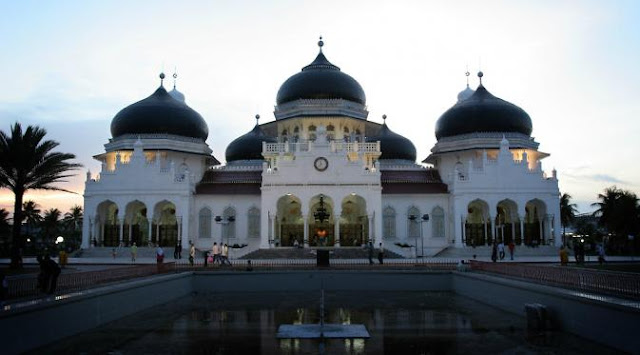 Illiza said the current Baiturrahman Grand Mosque is also being rehabilitated and prepared like the Medina Mosque. "Now it is the installation of umbrellas in front, newer arrangement. Then eventually the region also will be laid up on the edge of the river, and continued through to the city park and there is a culinary center will also there, "she said.

Not only that, Aceh is also being clean improve tourism facilities and infrastructure, ranging from hotels, culinary center and a tourist destination in itself. "We're actually getting ready to travel to the halal certification of international standards as expected of course the minister," said Illiza added.

Received three awards at the National Level Competition Halal Tourism in 2016, Illiza expects tourist arrivals to the province would be better known to the wider world, so the impact to the increasing number of visits by foreign tourists and domestic tourists to the province.

"Now if you want to Mecca for the Hajj need a dozen years of his queue, Umrah, too even. Before the Hajj and Umrah, it is better to Mecca porch it first, it is to Banda Aceh, there Baiturrahman mosque that became porch for Mecca, "she said.