How to Overcome the 'Camera Failed' in Smartphone Samsung Galaxy

How to Overcome the 'Camera Failed' in Smartphone Samsung Galaxy | Have you ever experienced, at a time when more fun taking pictures, suddenly the error message 'Camera Failed'? Numerous complaints about the appearance of an error message such as "Warning: Camera Failed 'is happening on Android devices in 2015 ago, and it seems to happen most often in phones made by Samsung such as the Samsung Galaxy S, Grand Prime, Galaxy Young, or Samsung phones other. The good news is, it is merely a software problem instead there is damage to the camera. Here we will discuss how to overcome the 'camera failed' on Samsung devices that you have.

The following steps is also not difficult to implement and does not require much time, but you should make sure your phone has battery power is sufficient before you try the steps below. Because, if the battery level is too low, then the camera often does not work, then it is better if you make sure everything before you start something else. In most cases, this solution would not involve the loss of images or data from your device, but you should first backup all important data, especially if you get to a point where you need to perform a factory reset. 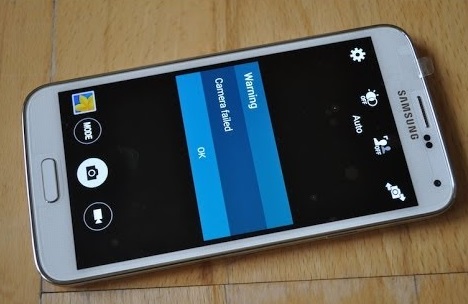 How to overcome the 'Camera Failed' in the Samsung Galaxy S3, Galaxy S4, or other Galaxy series

How to overcome the 'camera failed' in Samsung Galaxy S5
If you are experiencing this error is the Galaxy S5 belongs to you, then there is good news and the bad news as well. The good news is, chances are very high if the error 'camera failed' this case is equal to that of the S3 or S4, so that the solutions to overcome them were also the same. The bad news is another cause her a small chance that your device is damaged 'Hardware', because there are some phones S5 damage the camera.

The first thing you should do is to follow the steps already described above, but if none of that works, then you need to talk to the counter, dealers, distributors, or the Samsung itself, depending on where you buy the S5, to tattle problem.

How to overcome the 'Camera Failed' in Samsung Galaxy S6/S6 Edge
Reports of error 'camera failed' in Galaxy S6/S6 Edge is very rare, but there are some users have experienced. In most cases, the problem arose in the camera application a third party who makes everything into a mess, so do the boot in safe mode to test it. The trick, turn off your phone, then press and hold the Power button, and when the Samsung logo appears, release the button and hold down the 'Volume Down' instead. Now, your phone will restart in safe mode position.

If the camera can function in this mode, means you do not run into problems with hardware or firmware. And unfortunately, if the camera does not work in safe mode position, then maybe the problem lies in the hardware or firmware. But even so, do not rush to complain to the dealer, first try to take the steps mentioned above. In many cases, do a factory reset can make your handset to function as usual, including the camera.