Lucky Knot Bridge, Bridge with Charming Architecture in China | China is no stranger to a variety of typical architecture building. Bamboo Curtain country is consistently building a tourist destination that characterizes the country. China recently even managed to build a bridge crossing the loveliest in Changsha, located in Hunan Province.

Officially incorporated as The Lucky Knot Bridge, the bridge has a length of approximately 185 meters was inspired by the Mobius ring forms and traditional Chinese art. As quoted from Weather.com, Monday (11/07/2016), the undulating form of the bridge is a symbol of good luck and prosperity. 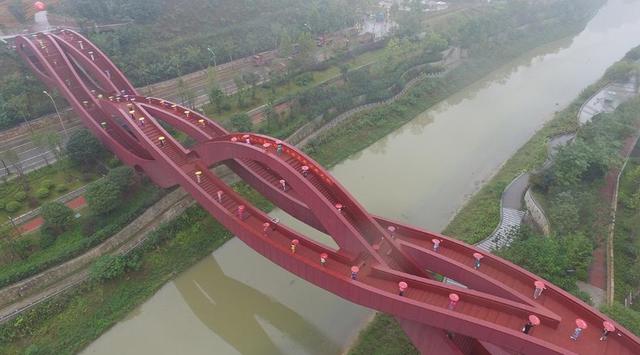 Designed with a high level architecture by NEXT Architects, bridge spanning the river divides the Dragon King Harbour connects the two parks with a panorama of stunning natural beauty.

"The Lucky Knot more than a bridge that connects the two banks of the river," said NEXT Architects in the company's official website. "We have managed to build a bridge that represents our culture. This bridge has a fusion of history, technology, innovation, architecture, and tourist attractions, "he said. 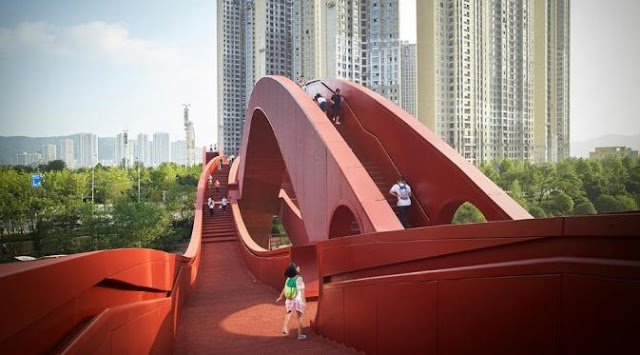 Just a few days opened up, the bridge is already attracting a lot of foreign tourists, and became one of the iconic landmarks of the Bamboo Curtain country. To attract more tourists, even the bridge is also equipped with LED light show attraction, which will highlight to the bridge, so that not only make it as a bridge, but also a public space that is rich in art aesthetics.