skip to main | skip to sidebar
Home Tutorial PHP What is it OOP: Object Oriented Programming

What is it OOP: Object Oriented Programming

OOP: Object Oriented Programming | OOP (Object Oriented Programming) is a method to the object-oriented programming. The purpose of OOP is created to facilitate the development of the program by following the existing model in everyday life. So every part of the problem is an object, nah object itself is a combination of several smaller objects again. I take the example of Aircraft, Aircraft is an object. The aircraft itself is formed of several smaller objects again as the engine, wheels, propellers, chairs, etc. Plane as the object formed from objects smaller interconnected, interact, communicate and send messages to other objects. So also with the program, a large object formed from some of the smaller objects, the objects communicate with each other, and exchanging messages to other objects.

supports Object Oriented Programming, or OOP in full since PHP version 5. PHP Object defined in a class. Object properties are defined using var word, and the method of the object in the form of a function. 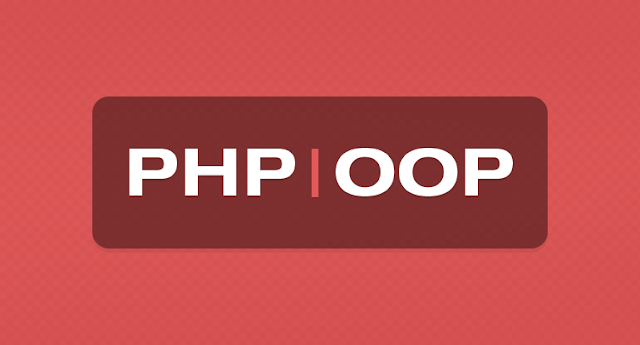 Contents will be discussed :
► Object and Class
Briefly class is a template / framework that is used to form an object. Thus the object is data that has been structured in accordance with defined in a class. Object is an instance of classnya. In PHP object defined using word tercadang class followed by the class name. Class name can be any combination of letters and numbers and an underscore, but can not start with the numbers and do not use the word tercadang such as abstract, static, final, private. Code associated with a class closed with curly brackets. Example:

Creating a Class Instance
To create an instance of a class used tercadang new word and followed by the class name. For example:

► Method Class
The property gives the object the ability to store data, and the method gives the object the ability to perform a task. Method is a special function that is declared in a class. The method declaration together with the declaration of a regular php function. It's just that method must be declared in the body class, and can be declared with the keyword visibility. Example method :

public function getDiscount(){
return $this->discount; //how to access the property from a method
}

Calling or Method Using Class
To call a method of a class is the same as the property using the sign ->, as in the example below :

public function getDiscount(){
return $this->discount; //how to access the property from a method
}

► Inheritance
Inheritance is a mechanism where one or more of a class derived from another class. Class that is inherited or derived from another class is called a subclass of a class that is inherited. It is often described in the context of a father and son (parent and child). Child classes inherit all the characteristics of the parent class. These characteristics are the properties and methods. Usually the child classes to add new functionality that is not owned by the parent class. To further clarify the case will be given as follows.

From the above example has created a class Product. This class can handle products in general, where each product has a name and price, can also get a discount. However, this product class is not good enough to handle products such as music CDs. CD music requires information such as the total duration, the artist name and song title. It required a new class (eg class CDmusik) class that inherits the characteristics of the product.
Examples inheritance: