When Assembling Computer Problems And Solutions

When Assembling Computer Problems And Solutions | For a computer technician whose daily work as a computer repairman maybe it's not unusual faced with a problem when you're assembling a computer. Then they already know how to handle/solution because it was used based on experience. But for those who are new or first time you try to assemble his own computer, when confronted against something of a problem that causes the computer can not run normally might be a little bit of confusion. Naturally, because his name does not have a different experience from those who are experts in their fields. But do not worry, because here I am going to try to explain and classify various common problems that occur when you're assembling a computer. And also I will explain the way out/solution of problems when assembling the computer. 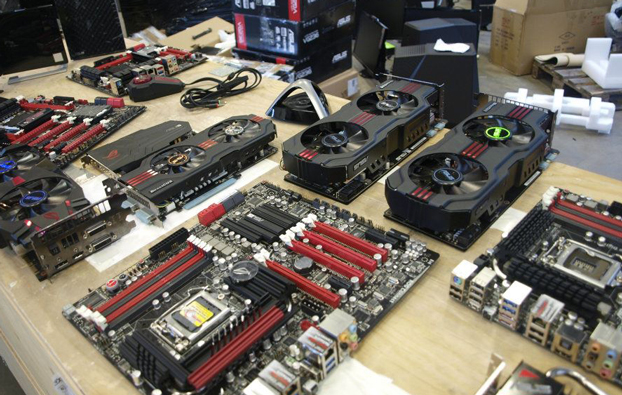 For those of you who have never done assembling your own computer, you can read this article until the end. Because maybe in the future you will be faced or are required to do to assemble a computer. Because this time, where I think the computer is not foreign. Almost every corner of the area every home own computer. Therefore, in order to save on the budget we have better if we intend to buy a computer to first understand the problem when assembling your own computer as well as the solution. Despite the fact that there is also a computer that is so ready to use. Well computer's built-up or a computer that has been assembled by the computer vendor. However, such a machine was quite expensive.

Ok we start the discussion. The problem that I will explain here, just the most common problems occur only when we're doing assemble his own computer. So the rest, we can talk in the comment box. Hopefully there is the best solution.

► Assembled Computer That Will not Lighted COMPLETELY
This is the biggest problem and usually the problem will not turn on the computer when it's done we raft altogether very rare. Why? For if we raft computer is a new computer, it is far from the possibility that the computer components are damaged. Unless we assemble his own computer with the former all-round computer components.

Before we decided to take a stand for contacting a service or the shop where we bought a computer, try to check out the entire computer components. It so happens that there are components that one of us post or other problems.

► Computers Can Be Lit, however Warning Appears Boot Disk Failure
Now we raft own computer can be lit normally, but new problems arise again. When we turn on the computer monitor screen warnings appear in Disk Boot Failure. Do not give up just yet, let hahas together here. Warning Disk Boot Failure caused by the failure of the boot process on the hard drive and CD.

Further to the problem Disk Boot Failure I would like to highlight here is the Boot Disk Failure or boot failure on a CD when we want to install Windows. Because after we assemble a computer and the computer is not turn the next step is to install a computer with the operating system.
However, if the CD-Room and the hard disk you are using is not diversified ATA, but SATA, then this configuration ignore it.

Furthermore, can we enter the CD that can not be detected because the CDs has been scratched or damaged. Therefore try using another CD which we think is still good or not scratched his physique.

► No Sound
Finished we install the operating system on the computer, but no more new problems have emerged that the computer can not make a sound (sound). It is a problem when assembling this computer or computer sound nothing happens often. So I'll try to explain it.
Finally finished a discussion of some of the most common problems occur when we're assembling your own computer as well as the solution. Do you find other problems while assembling the computer? Please be submitted in the comment box. Feel free also to provide a solution if there is a new problem presented in the commentary box by others. Sharing is beautiful and definitely a lot of benefits.

Hopefully Problems When Assembling Computer And The solution could be a useful inspiration for those in need.