Japan Immediately Realize Hotel Floating in the Middle of the Sea

Japan Immediately Realize Hotel Floating in the Middle of the Sea | Imagine what it was like lying on a bed in a capsule floating, and watch the stars at night on a deserted island? Travel experience is no longer just a dream, the article theme park Huis Ten Bosch Japan will happen at the end of this year.

As reported Japantimes page, Monday (13/03/2017), resorts and European-style amusement park located not far from the Sasebo is developing a new service, which allows visitors to sleep in a capsule-shaped ball floating in the sea. 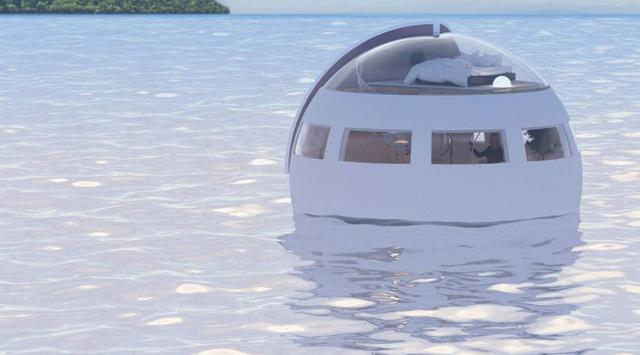 Priced at about 30 thousand yen, or about Rp 3.5 million per night, each visitor can feel the sensation of staying in a floating capsule hotel with a capacity of four people, which is equipped with a bedroom on the top and the bathroom below.

Huis Ten Bosh itself is the largest amusement parks in Japan with an area of 1.5 million square meters and directly opposite to the Omura Bay. This amusement park reflects the historical ties between the Netherlands and Japan that began in 1609, when a trading post was opened by the Dutch in Hirado, not far from Sasebo. No wonder if a visit to this place, the atmosphere is very thick felt Netherlands, including the classic European style of the building.