Mixed Reality Headset from Microsoft Ready to Roll This March

Mixed Reality Headset from Microsoft Ready to Roll This March | Microsoft earlier this year has announced a number of technology companies that will develop based HoloLens headset. Some companies are Acer, Dell, HP, Glasses, and Lenovo.

After nearly two months, Acer confirmed themselves will be the company that released the debut the device. Taiwanese company that plans to start rolling the headset to developers this month.

Quoted from TechCrunch, Tuesday (03/07/2017), for the first time this technology will use the name Windows Mixed Reality. Previously, Microsoft calls this technology as Windows Holographic.

The decision to roll this device first to the developer, is how Microsoft to ensure the software was really ready at launch. Moreover, the Redmond-based company plans to integrate the mixed reality with other Microsoft products, such as the Xbox One. 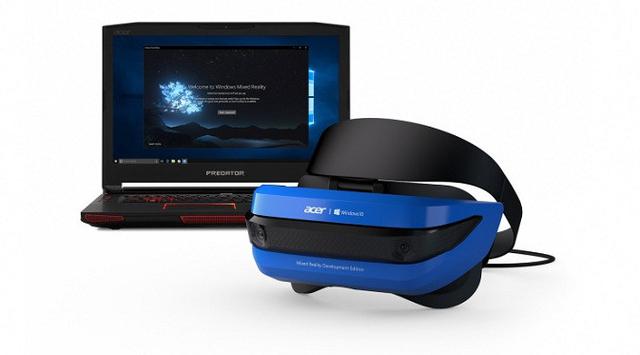 This technology will also be rolled out to PC devices based on Windows 10. According to information, this feature will be the core of Windows 10 updates the latest named Creators Update.

Headset made by Acer will be equipped with an inside-out tracking features, as well as other manufacturers headsets. Thus, users do not need to install an external tracker to make the device work.

Acer also embed a sensor in it, to read about the use of the area more accurately. The headset has two 1440x1440 resolution LCD display, with a refresh rate of 90Hz.

For audio purposes, this headset has been equipped with an internal microphone and a 3.5mm audio jack hole. There is also an HDMI 2.0 port and USB 3.0 for connecting the headset to the computer that is running Windows 10.

For information, mixed reality is a new technology that is touted to offer the experience more interesting than virtual reality. However, some parties mention the potential it should be supported by qualified content.