Check the Health of Android Device Batteries with this App

Batteries play a vital role for a smartphone because this component of the device can be lit. How long the life of a smartphone battery depends on the habits of each user.

When users every day often "torturing" the smartphone with streaming video activity, music streaming, and other activities that consume a lot of power, of course the battery life of smartphones will be shorter. Why? A battery usually has a certain "limit" how many times it can be charged to full, use, and so on.
Currently there are a number of applications that allow Android smartphone users to check the "health" of the battery. One of them is Repair Battery Life PRO. This application claims to be able to "fix" the damage in the smartphone battery, although in fact this sounds (almost) impossible.

Why (almost) impossible? The smartphone battery consists of chemical components that during its use have undergone many changes and chemical processes, which can not be fixed by simply using the app. But apart from that, this application is quite worth considering to check the health of the battery.

As mentioned above, this feature actually tends to make no sense because (almost) it is not possible the smartphone battery can be repaired enough with tap several times in the application. 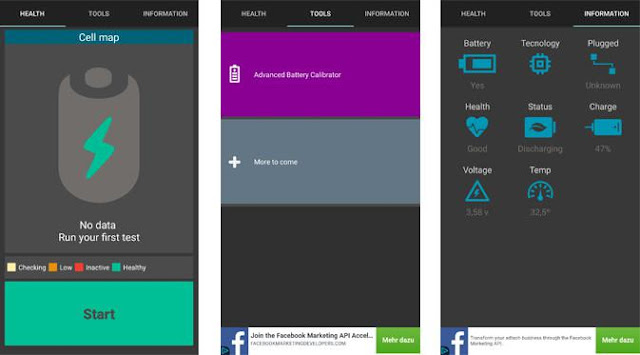 The second feature is "Tools". This feature requires installation of another application that is Advanced Battery Calibrator, originating from the same developer. From the name can be guessed that this application allows users to perform battery calibration. This method is believed to restore the performance of batteries that have declined, to be better. 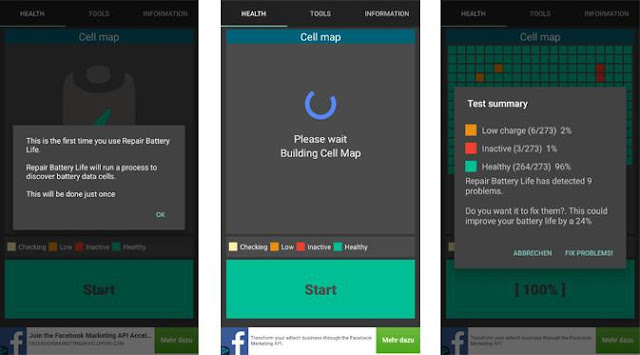 The "Information" feature allows users to find out information about their smarpthone batteries. Starting from temperature, voltage, current, residual power, and so on. According to our observation, the information shown is quite appropriate.