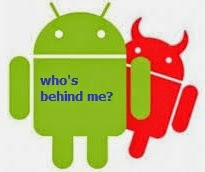 Kaspersky security company found a new malicious malware that threatens Android users. This new malware is named Faketoken. Quoted from the official page Kaspersky, Monday (21/08/2017), Faketoken was already circulating in the Google Play Store for a year later. This malware develops into something horrible.

The most horrible, you may not realize already activate the malware on Android device that is in use. Kaspersky said, "When this trojan is active, it will hide its shortcut icon and start monitoring all calls and which applications are used."

This malware also has the ability to steal data from 2,000 apps, including from Android Pay, Google Play Store, travel ticket app, taxi, and hotel room.

Although at this time the new Faketoken target Android users in Russia, did not rule out the malware maker will expand its malware circulation to other countries in the world.