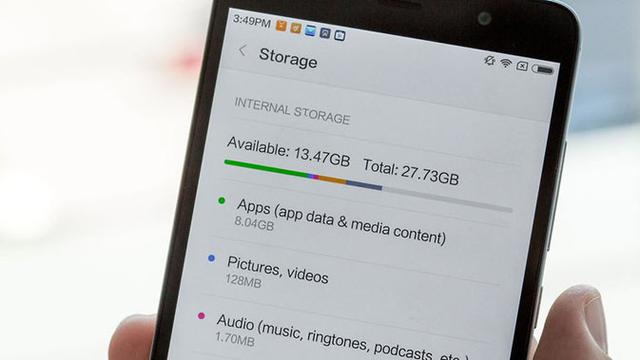 As you already know, the Google Play Store is flooded with a variety of apps that claim to improve the performance of Android devices by clearing cache and storage of unused files.

Unfortunately, most of these applications offer only temporary solutions. However, there are some applications that are eligible to be an option. Here are the 3 most powerful applications to clear cache and storage on your Android device which alltutorials recommend to you.

After a while, Google officially introduced its own file manager application that you can download directly on the Play Store. 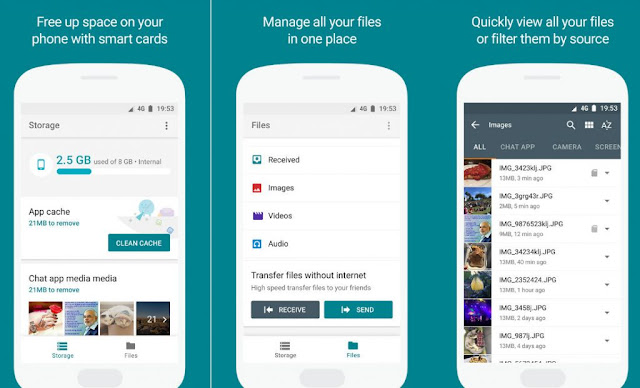 Although it has a function as a file manager, the application made by the search engine giant is also able to clear cache and storage that is in the Android device.

Like other apps, Google wants to provide an easy experience when accessing its apps. This application allows users to monitor usage and suggest applications that are rarely used for uninstall.

Not only that, this app brings features to transfer files without the need for internet - like AirDroid and ShareIt - quickly and easily.

Who is not familiar with this one application? Being one of the preferred software for PC or notebook users to 'clean up' storage, Pririform, the maker of CCCleaner launched its best app for Android users. 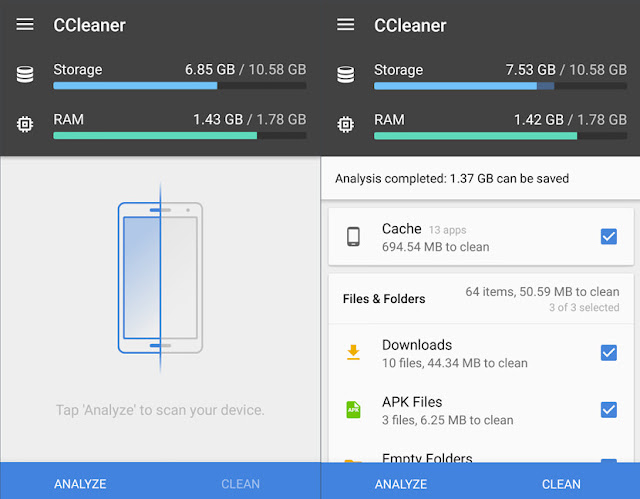 Most applications when installed will automatically create a folder on the local storage Android device store data and files downloaded. Unfortunately, when the app is removed, the app folder is not deleted. The feature inside the SD Maid is what will look for any empty folders that are inside the device and delete them. 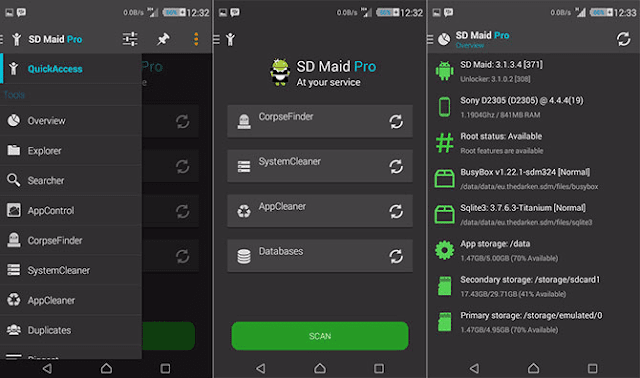 SD Maid also has the ability to 'mark' system applications, installed applications, and which databases are unused and can be deleted to make storage devices more relieved. Not only that, SD Maid is also quite 'smart' to identify duplicate files that make storage more crowded.

If you are willing to buy a paid version, SD Maid offers a variety of interesting features and worthy of choice for those of you who have Android devices with limited storage.