God's Hand Bridge in Vietnam | A golden bridge supported by a giant stone hand might sound like something from a fairy tale. But apparently the viral 'Hand of God' bridge in central Vietnam is very real, and has been flooded with tourists coming in droves. 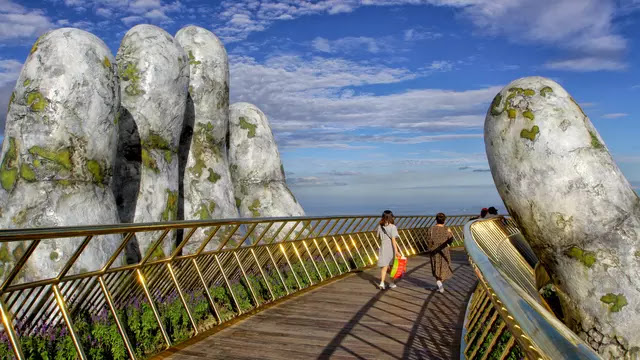 'Golden Bridge' Cau Van has just opened in Ba Na Hills not far from the city of Da Nang, Vietnam and looks very epic. This 150-meter bridge sits on the top of a mountain, overlooking a spectacular forest landscape. It is held by two large hands that look like they come out of the forest.

Ba Na Hills itself currently has Fantasy Parks and French-style villages, with rocky streets. And because it looks like something from a movie, it's no surprise that this pedestrian bridge in Vietnam proved to be a huge success. 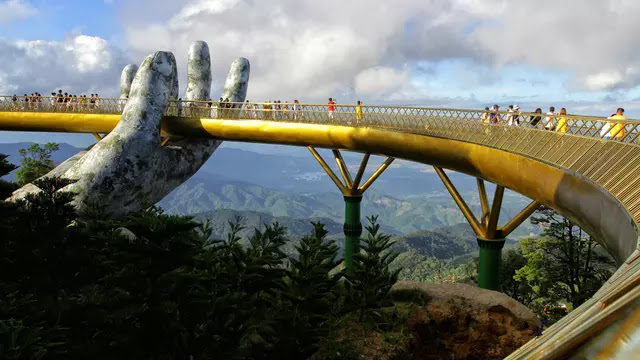 Built by TA Corporation, this bridge stands at an altitude of 1,400 meters above sea level, thus offering a view of the country of Vietnam that so spoils the eye, plus beautiful gardens around the bridge. There are also colorful flowers and exotic plants that line both sides of the bridge. 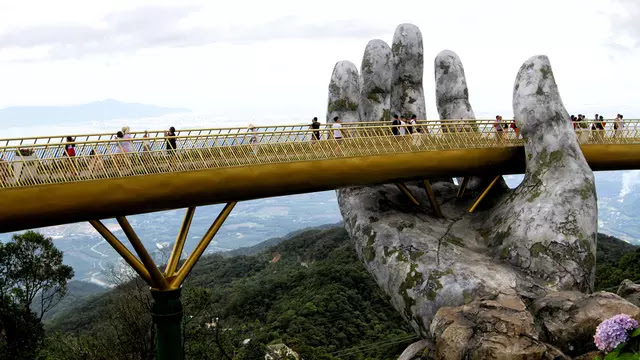 But of course one of the most interesting things for visitors is a pair of giant golden hands that support the bridge. Many visitors stopped to pose on one of the bridge structures.

The bridge, which opened in June, appears to be the latest tourist attraction in Da Nang which was previously the site of an American base during the Vietnam War.