skip to main | skip to sidebar
Home Tutorial Hardware What Are the Differences in LCD, LED, and OLED Panels

What Are the Differences in LCD, LED, and OLED Panels

One of the main components in choosing a smartphone or television today is the display panel used. There are at least three variants that often appear in the production of smartphones namely LCD, LED, and OLED.

So, what's the difference between the three? 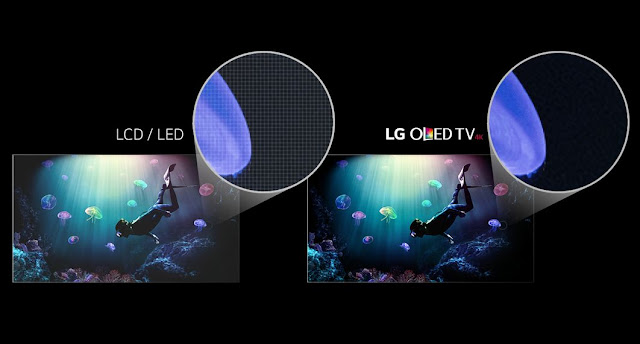 Actually, LCD and LED are not much different. Liquid crystal display or LCD, using a white background or "white backlight" or "sidelight" background. LCD illumination is to illuminate the white light and some panels work to turn the backlight into individual pixels.

While LED stands for light-emitting diode. If you have a television with LED panel specifications, that means that you use an LCD panel that uses LED as a source of lighting.

More LED are used as backlights for LCD displays. On the other hand, the LCD works with a polarization system. Polarization here is defined as the direction of insulated light waves or light vibrations from back to front with a constant speed.

Light will come out of the backlight that is not polarized. Then it flows to a polariser or optical filter that makes all the light isolated together. As the name implies, there are other parts called liquid crystals.

The liquid crystal here is a structure that changes every polarized light. That is, when the light reaches the second polariser point which is directed opposite to the first polariser, all light will be blocked.

To produce colors, what is needed is a three-color filter that is red, green, and blue. The filter will block all light and release colors that pass through filtering.

There are several types of LCD panels that are distinguished by the way the crystal liquid works. This type is Twisted Nematic (TN) panel, Vertical Alignment (VA) panel, and In-Plane Swtching panel (IPS).

Even though they have names that are similar to LEDs, they are not the same. OLED is an extension of organic light emitting diode. Unlike LCD or LED, OLEDs do not have polarization.

Every light pixel or sub pixel red, green, or blue will light itself when the voltage enters a large, complex molecule, an organic light-emitting diode.

OLED panels have a powerful contrast ratio, so-called Tom's Hardware. There is no need for a background of light that is blocked like an LCD, so there is no need to worry about the amount of light entering. Black will be very thick and other colors will look good.

Interestingly, OLEDs are flexible, which means that the potential to find them on upcoming folding phones is very open. Unfortunately, the refresh rate or screen display frequency per second OLED panel never reaches 90 Hz.

Refreash rate is similar to the frame rate on a screen that displays the number of images per second. That means, the OLED panel displays less than 90 times the image every second. In fact, the greater the refreash rate, the more smooth the screen display.

In terms of price, OLED is more expensive than LCD or LED. One of them is evidenced by the official price tag of the iPhone X, where half is the price of OLED panel components. The molecules used by OLED panels are relatively faster over time. Especially for blue molecules, it will make the screen less bright.

↪ MicroLED for the future?

As time went on, panel technology developed. One of the so-called microLEDs. MicroLED is said to be similar to OLED but leaves organic parts and has the potential to increase light contrast, response time, and energy usage that exceeds the standard LED panel. 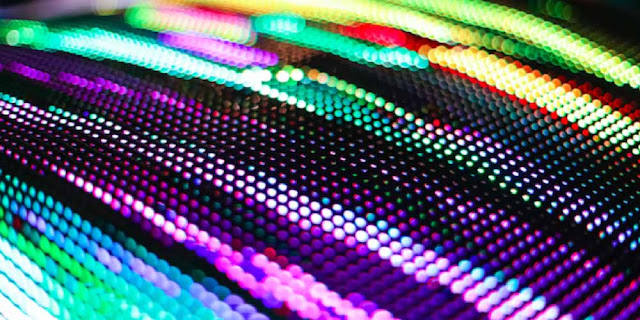 Some smartphone vendors such as Apple, Samsung and LG are reportedly currently researching this microLED panel.