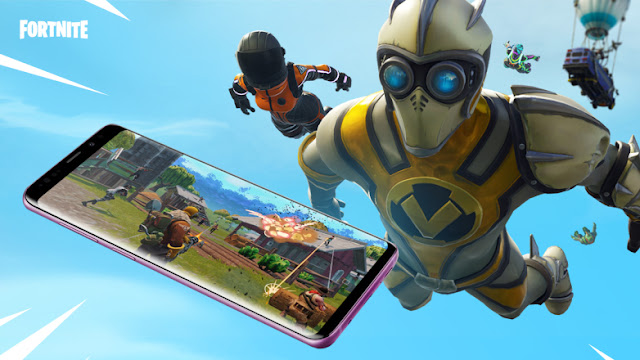 Epic Games finally announced the official Fortnite game is available for users of Android devices and can be downloaded freely. Previously, developers only allowed a number of players who had received an invitation first.

As already known, Epic chose not to market the game through the Google Play Store. So, Android users who want to play Fortnite must download it directly from the link provided by Epic.

Android users must visit the official Fortnite website to download the installer first. After that, the user just installs it and continues the process of downloading the game before playing it.

However, please note that this doesn't mean that the Fortnite game is compatible with all models of Android devices. The reason is that this game can actually only be used on devices with high specifications.

Epic itself has minimal specifications for Android devices that can play Fortnite, as the recommended operating system is Android 8.0 Pie or above.

The device must also have at least 3GB RAM, with a recommended capacity of 4GB RAM. As for graphics capabilities, the device should be supported by the Adreno 530 or above, Mali-G71 MP20, Mali-G72 MP12 to the latest version. 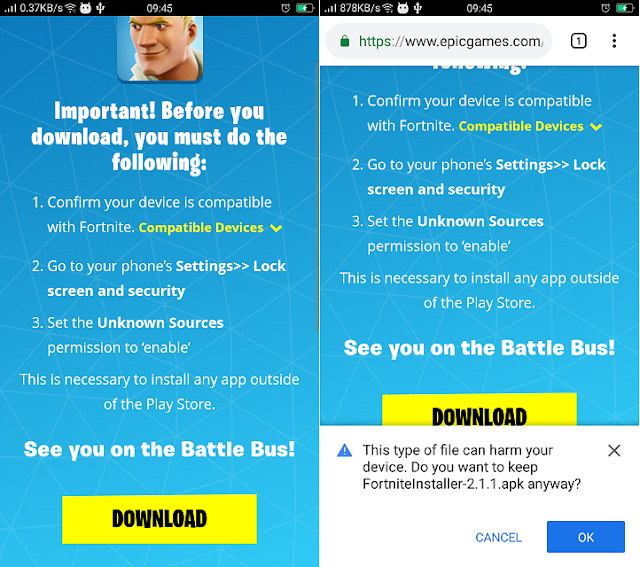 ↪ Fortnite competes on Android without the Play Store Path
Unlike other game developers, Epic Games as the Fortnite developer takes a different path in terms of distribution to Android users.

Quoted from The Verge, Monday (6/8/2018), the Fortnite game will not be available on the Play Store. Epic Games chose to release the game directly through its official website.

Later, users only need to download the Fortnite installer program to install games on compatible devices. This decision, according to the Epic Games CEO Tim Sweeney, cannot be separated from the company's efforts to deal directly with players.

"Epic wants direct relationships with users across all possible platforms. This is possible with the internet," Sweeney said. Another reason for Epic not releasing Fortnite on Play Store is financial reasons. Epic doesn't want to pay app store fees for 30 percent to Google.

"For the cellular platform, 30 percent is disproportionate to the cost of services that the store does, such as payment processing, download bandwidth, and customer service," Sweeney said.